Please Note: Some Web Browsers such as Mozilla Firefox, may not support clicking on the "Donate" Icon shown below, and also at the foot of this page, and thus will not open the "Pay-Pal" direct link.
Should this happen, please use "Pay-Pal's" basic 'Send Money' utility- by clicking here, and use the 'Send To" email address of davidlgrieve22@yahoo.com  ,-ensuring you add your name & email address, also if possible the word- "Donation to Over-Count" in any message box, in order we can send you a Receipt and acknowledgement letter.
All Donations will be acknowledged.  Thanks. We receive NO other Funding or Grants, other than what we can raise ourselves.

Click to set custom HTML
The high street pharmacist addicted to painkillers: Put on them by his own GP, he was hooked for three decades - and forged prescriptions to get his fix
Read his own story here- www.dailymail.co.uk/health/article-4265918/The-high-street-pharmacist-addicted-painkillers.html
Prescription painkiller tramadol ‘claiming more lives than any other drug’Prescription painkiller tramadol, taken by thousands of people every day, is claiming more lives than any other drug – including heroin and cocaine – according to Northern Ireland’s top pathologist.

The current controversy in respect of "Nurofen" explained-
"Nurofen" is the brand name of Ibuprofen, and is a NSAID (Anti-Inflammatory) Painkiller in the same drug family as Aspirin, and which can be purchased on a General Sales Licence (GSL) in 200mg per tablet strength.
It is ideal for the relief of mild to moderate Pain, especially where the source of the Pain is caused by Inflammation, such as a tooth abscess. Unlike plain Paracetamol, "Nurofen" not only reduces the Pain level, but ALSO reduces any Inflammation that may have caused the Pain in the first place, so it works 'two ways'.
The current problem that is the source of Complaints to the Advertising Standards Authority, is that "Nurofen" is being marketed in both media and TV Campaigns, as treating different specific conditions, packed in different containers, sometimes having different retail prices, but basically just containing the same generic ingredient- Ibuprofen 200mg.
For example, "Nurofen Migraine Relief" contains Ibuprofen, so does "Nurofen Pain Relief" and so does "Nurofen Back & Joint Pain". Basically the same ingredient being advertised to treat separate medical conditions, but each Product being sold at differing retail prices.
To be honest this is NOT new.
As far back as the late 1960's, I remember a OTC Product called "Persomnia" being sold as a 'sleeping aid'. It cost then around 2/6d (12 1/2 p) but all the ingredient was, was 200mg of plain Aspirin, which at that time could be bought for just 6d (2 1/2 p) for 10 tablets.
Don't get me wrong- "Nurofen" (Ibuprofen) WILL treat Joint & Back Pains, mild Migraines, mild Period Pain, etc, but it is NOT a "Targeted Pain Relief Product" designed specifically to treat these exact conditions. This is why, in my opinion, the current claims made by the Manufacturers are misleading.
Let's be honest, why pay £3.99p for a "Nurofen Targeted Pain" product that contains 200mg of Ibuprofen, when you can buy 3 x packs of 16 Ibuprofen 200mg tablets, for just £1, at your local "Poundland" store. It doesn't make any sense.
What do you think ???? Have you been 'mislead" ??       December 15th, 2015.

BRAND NEW FACEBOOK SITE OPENS TODAY !!
Why not visit and 'Like' our brand-new Facebook "Over-Count" site today?
Post your own story, your comments, or how you feel.
Please be aware though, that what you post may be available to view by other Members, so think before posting personally identifiable text.
Anyone posting Adverts for Drugs or Medicines, or Links to other pro-drug use web-sites, will be deleted immediately from the site.
You can access our new Facebook site here -
www.facebook.com/OverCount/

EMAIL ADDRESS HAS CHANGED !!
WE have changed Internet Servers, therefore from immediate effect, our direct email address has changed.
However, you can continue to use any of the "xxxx@over-count.org.uk" addresses and the online Enquiry and Contact Form, as these get automatically forwarded to our new address. The best email address to use is : david@over-count.org.uk
30th July, 2015. 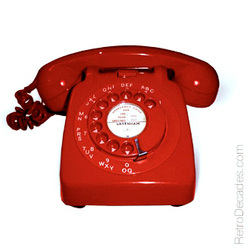 
DUE TO THE LARGE NUMBER OF "SPAM" AND UNSOLICITED PHONE CALLS WE HAVE BEEN RECEIVING ON OUR 01387 77 04 04 HELPLINE NUMBER, WE NOW USE A "CALL-BLOCKER" FACILITY.
THEREFORE, IF YOU TRY TO PHONE US, AND YOUR NUMBER IS 'WITHHELD','OUT-OF-AREA', 'INTERNATIONAL' OR 'UNRECOGNISABLE', YOUR CALL TO US WILL BE BLOCKED.
PLEASE CONTACT US VIA EMAIL INSTEAD.

Please Note :  We only answer Email enquiries on a Tuesday night. Do feel free to send enquiries at other times, but we can only reply as above.

Withdrawal Programmes are also only sent out on Tuesdays, but may not arrive in your Inbox until first thing Wednesday morning.
﻿NEW WARNINGS IF YOU OWN A CAT OR DOG :﻿
The Food & Drug Administration in the USA, have been informed by Vets that especially Cats, but also including Dogs, may be at high risk if coming into contact with many NSAIDs such as Ibuprofen.
It has been long thought that this toxicity may only be applicable if the animal ingested a solid, tablet based NSAIDs, but new studies indicate that the same toxicity applies to Gels, such as Ibuprofen Gel, Voltarol Gel, etc.
As little as 50mg Ibuprofen for cats, 100mg for dogs can cause severe problems. Some pets have died as a direct result.
DO NOT SELF-TREAT ANY CAT OR DOG with over-the-counter Pain Relief Gels- it may prove a fatal mistake.
Read more about the new FDA Warnings here -
http://www.npr.org/blogs/health/2015/04/20/400994162/humans-use-of-pain-relief-creams-proves-fatal-to-felines
David Grieve.  22nd April, 2015.

"SOLPADEINE IS MY BOYFRIEND" RADIO DRAMA 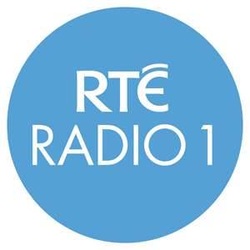 First seen at the Dublin Fringe festival, "Solpadeine is My Boyfriend" is about change. It's the changes you can't control, can't come back from, like growing up, emigrating, and the moment you realise: you're not who you thought you were going to be when you wrote about it in 3rd class. Stefanie Preissner confronts the psychic paralysis of post-boom Ireland .. A stark and frank tale of Dependency......

Written and performed by Stefanie Preissner

A "With an F Production" directed by Gina Moxley


You can listen to the Radio Drama using RTE's Player, or download the Drama as a Podcast by clicking here :-

A painkiller as powerful as morphine, but without most of the side-effects, has been found in the deadly venom of the black mamba, say French scientists.
The predator, which uses neurotoxins to paralyse and kill small animals, is one of the fastest and most dangerous snakes in Africa.
However, tests on mice, reported in the journal Nature, showed its venom also contained a potent painkiller.

They admit to being completely baffled about why the mamba would produce it.
The researchers looked at venom from 50 species before they found the black mamba's pain-killing proteins - called mambalgins.
Dr Eric Lingueglia, from the Institute of Molecular and Cellular Pharmacology near Nice, told the BBC: "When it was tested in mice, the analgesia was as strong as morphine, but you don't have most of the side-effects."
Morphine acts on the opioid pathway in the brain. It can cut pain, but it is also addictive and causes headaches, difficulty thinking, vomiting and muscle twitching. The researchers say mambalgins tackle pain through a completely different route, which should produce few side-effects.Source: http://www.bbc.co.uk/news/health-19812064# 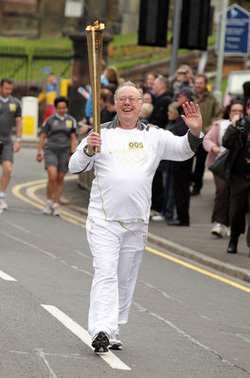 This is the official Olympic Committee photograph of me carrying the Olympic Torch Flame, on Thursday, June 21st, 2012, in my home town of Dumfries.
I will NEVER forget the day.
Now looking forward to the Civic Reception for the Torchbearers, in Dumfries on 27th July, 2012. 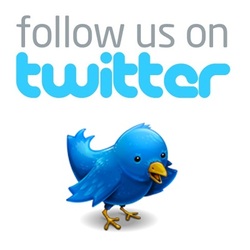 Repeatedly taking slightly too much paracetamol over time can lead to an overdose that is difficult to spot, but puts the person in danger of dying, researchers have warned.
Paracetamol is a widely used painkiller, and is easily available over the counter in pharmacies, supermarkets and other outlets.
If a person takes a large amount at one time it can be dangerous - if not fatal - and medical workers are trained to spot the symptoms of such overdoses, which are a common form of attempted suicide.

But now researchers have found that people who continuously take slightly too much of the drug on each occasion could be putting themselves at risk without showing any of the standard symptoms of a paracetamol overdose.
Researchers at the University of Edinburgh and the Scottish Liver Transplantation Unit looked at over 650 cases of patient admissions with paracetamol induced liver damage to the Royal Infirmary of Edinburgh over a 16 year period.
Of these, over 160 had taken a so-called "staggered" overdose, usually to relieve a range of common aches and pains, such as headaches, toothaches or muscular pains.
Study leader Dr Kenneth Simpson said that in such cases, "they haven't taken the sort of single-moment, one-off massive overdoses taken by people who try to commit suicide, but over time the damage builds up, and the effect can be fatal."
"On admission, these staggered overdose patients were more likely to have liver and brain problems, require kidney dialysis or help with breathing and were at a greater risk of dying than people who had taken single overdoses" he added.
"Staggered overdoses or patients presenting late after an overdose need to be closely monitored and considered for the paracetamol antidote, N-acetylcysteine, irrespective of the concentration of paracetamol in their blood," said Dr Simpson.
The study, published in the British Journal of Clinical Pharmacology, calls for more work to find new ways of assessing whether a patient can be sent home, needs medical treatment to counteract the paracetamol, or needs to be considered for a liver transplant.
Source: http://uk.health.lifestyle.yahoo.net/accidental-paracetamol-overdose-warning.htm   23/11/2011.

LATEST NEWS: David Grieve, the Founder and Project Director of "Over-Count", won the Dumfries and Galloway "Volunteer of the Year" Award, at a civic ceremony held in Dumfries, on Friday, March 11th, 2011. 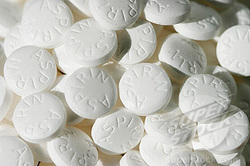